Bacterial Multi-resistance: What is and how to avoid it for the sake of public health

Mycoplasma gallisepticum: know better this disease, which is so harmful to poultry farms 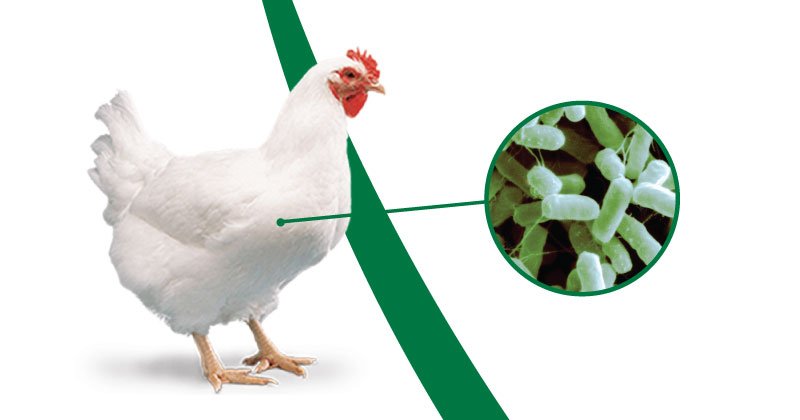 Multiresistant microorganisms (e.g.: bacterial multi-resistance) can move about easily between human beings and animals, whether through food, water, environment and/or human and animal migration. Therefore, resistance to antibiotics becomes a matter of great relevance to public health.

One of the main examples of multi-resistant bacteria is salmonella, which can be transmitted to humans through food (including two most common serovars that cause foodborne infections). If salmonella is multi-resistant to antibiotics, the possibility of treatment becomes limited which raises serious public health concerns.

Therefore, poultry producers must be aware that the incorrect and indiscriminate use of antibiotics can temporarily reduce some production losses. In the case of Salmonella, especially, it does not eliminate the pathogen from birds, on the contrary, it can even prolong the permanence of the farm, it contributes to the bacteria multi-resistance and can cause harmful impacts to short, medium and long term.

This subject is so relevant and necessary for poultry production that it was object of a study conducted by one of Biocamp’s employees, Andrei Souza, in his master’s dissertation at the Faculty of Agrarian and Veterinary Sciences (FCAV) of Unesp, Jaboticabal campus. His collaboration was essential for the content that you will see below.

A relationship between commercial farms and bacteria multi-resistance

Salmonella-related problems are intrinsic to all commercial farms – they are the matter of concern and constant attention from poultry producers.

The introduction of pathogens can occur both by vertical transmission of infected breeders to progeny and by horizontal transmission: between birds, by means of contact with parasites and wild animals, or at the same level of consumption of contaminated feed.

The fact is that the antigenic diversity of paratyphoid salmonella contributed to its adaptation and dissemination.

As in poultry farms, antibiotics are not only used in a therapeutic way (treatment of diseases), but also in a prophylactic way and as performance enhancers (AMDs), as chances of raising multi-resistant salmonella on commercial farms are large.

But, after all, what is bacterial multi-resistance?

A bacterial multi-resistance is the name given to a bacterium that can be resistant to three or more classes of antibiotics, that is, they are also capable of surviving the same presence of substances that, therefore, must fight them. In order to become resistant, it is necessary that the acquisition/transmission of exogenous genes by means of natural and/or random mutations occur.

This phenomenon occurs due to the dissemination of resistance genes that will confer mechanisms of survival on bacteria when exposed to antibiotics. As these genes are generally transferred in blocks, this ends up originating multiresistance.

It should be also noted that another mode of resistance is the production of enzymes that degrades the chemical molecule of the antibiotic, such as extended spectrum beta-lactamases (ESBL) and ampC. Each one expresses resistance against subclasses of beta-lactam antibiotics, which are widely used for the treatment of food infections caused by Salmonella spp. in human beings, more precisely Salmonella Heidelberg. 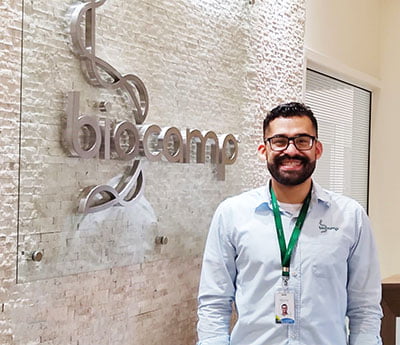 In his discussion, Andrei Souza dedicated himself to obtaining the resistance profile of Salmonella Heidelberg (SH) isolates from different sources and collected in different regions of Brazil based on three main premises:

Thus, he assessed the susceptibility of beta-lactams and genotypic relationship of SH in order to provide information about the resistance scenario of SH in Brazil.

The results obtained and conclusions are as follows: 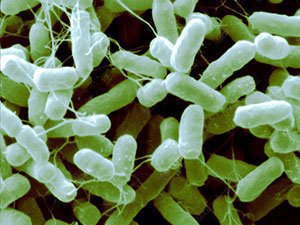 S. Heidelberg is one of the main serovars causing foodborne infections. It results in non-typhoid disease in humans and animals and can result in gastroenteritis and sepsis.

To combat them, humans use antimicrobials. “The emergence of resistant and multiresistant zoonotic microorganisms ends up limiting, however, these resources/antibiotics used for the treatment of diseases, affecting our quality of life,” Andrei explains.

That is why awareness and the proper use of antimicrobials in animal production are so important. So much so that international bodies such as the Food and Agriculture Organization of the United Nations (FAO), the World Organization for Animal Health (OIE) and the World Health Organization (WHO) have developed the multi-sector global action plan called One Health. The objective is to promote the tripod “human – animal – environmental health.”

Prevention and control of Salmonella spp. are guided by having actions that collaborate for the biosecurity of the poultry farms. “Using additives, as long as they are not antimicrobial, that promote intestinal integrity is welcome as a form of prevention. An healthy gastrointestinal tract considerably reduces the possibility of a bird having its disease aggravated, dying and/or becoming a disseminator of the agent,” Andrei stresses.

In this context, seeking alternatives that can replace performance-enhancing antibiotics becomes a fundamental practice and probiotics are quite effective in promoting the intestinal integrity of birds – and are still in line with the One Health triad.

Biocamp’s claim is “for a more Pro world” and this is related to the production and use of products that respect the consumer and, obviously, the birds. Thus, the company works with products and mechanisms of natural action against salmonella, does not use compounds that can cause bacterial resistance and does not contaminate the environment with chemical residues.

One example of this are competitive exclusion probiotics, which allow beneficial bacteria introduced by the product to colonize all intestinal segments of birds. This fights pathogens such as Salmonella spp., pathogenic strains of Escherichia coli, Clostridium perfringens, etc. that cause illness and performance decline.

“This is how Biocamp contributes so that its customers can continue to have high productivity and good zootechnical rates by collaborating for the preservation of the environment, for the health of people and animals,” Andrei concludes.

The 3 types of probiotics of the Colostrum® line

In favor of life, naturally. 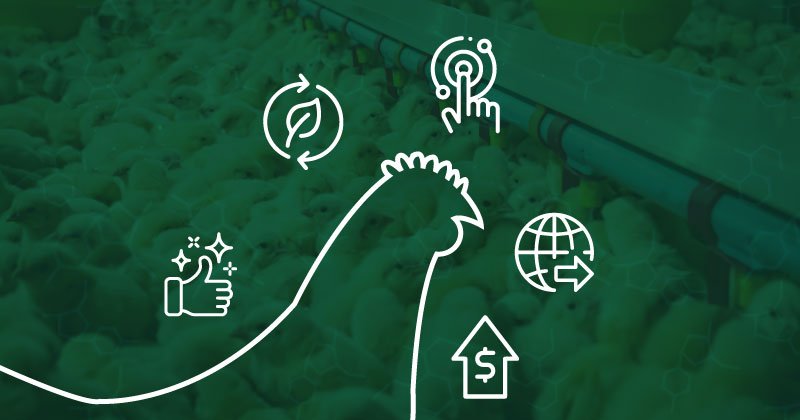 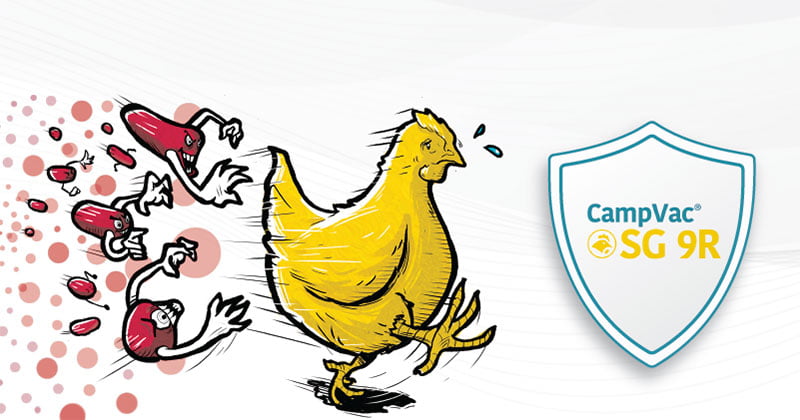 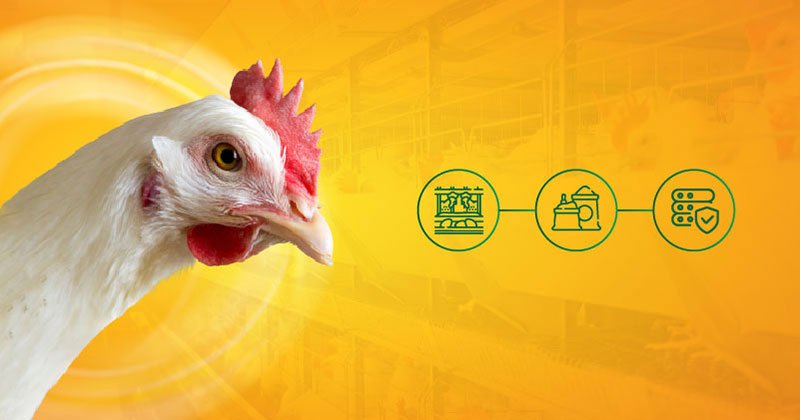